Seaweed is coming to a supermarket near you

This month seaweed hit the high streets via Marks and Spencer, in an artisan range branded from the British Isles. The seaweed products are from a bakery in the Outer Hebrides, an Edinburgh based Seaweed Company and the Pembrokeshire Beach Food Company from Wales. This means that seaweed is now available UK wide and will hopefully encourage its move beyond gourmet chefs, into the home kitchen.
Seaweed as many other wild ingredients, which are currently enjoying a revival, was a peasant, subsistence food eaten by the poor when times were hard. During the early nineteenth century Kelp (kombu) was important in the manufacture of soap and glass but canny crofters used the leftover ashes to flavour cheese as an alternative to more expensive salt. Seaweed was a useful ingredient to those forced to live from hand to mouth.

Many Scottish and Irish recipes use carrageen, which was historically given as a tonic to consumptives.Traditional seaweed recipes however, also include dulse and laver but the seaweed recipe library is sparse and instruction is rarely didactic.

This weekend we encouraged our visitors to forage seaweed at low tide and then eat it. Beth, aged fifteen months enjoyed simple fare that had been cooked with seaweed. Her nursery suppers included dulse bread, mince flavoured with pepper dulse and potatoes mashed with the sea vegetable, sugar kelp. A menu of every day food flavoured with Outer Hebridean seaweed rather than salt, herbs or spices. 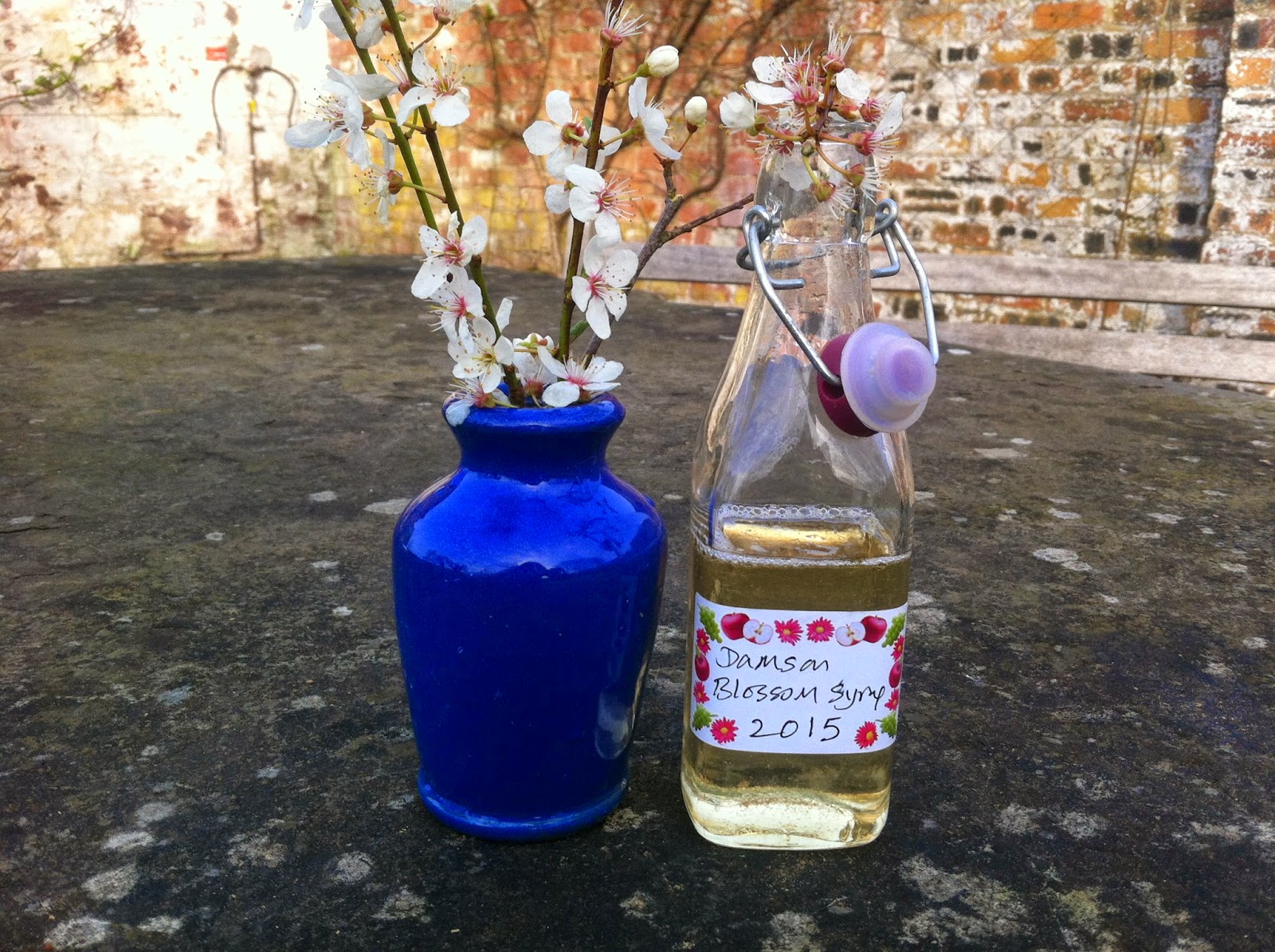 I spin a little more interest into the traditional albeit rather bland, blancmange -like pudding set with carrageen, by adding wild blossom syrups from my larder. (Details of how to make wild blossom syrups are in The Forager’s Kitchen). Carrageen is suitable for vegetarians and a spoonful of carrageen gel, softens homemade ice cream. This dessert recipe is an adaptation of a recipe from Seaweed in the Kitchen (June 2015).

Makes 6 small pots (French chocolate pots) Serves 4
Foraged ingredients
12g dried carrageen
Tablespoon wild blossom syrup or golden syrup*
Additional Ingredients:
600ml creamy milk
½ Vanilla pod  (if using golden syrup*)
Large egg yolk
Put the carrageen in a bowl, cover with cold water and leave to
soak for 10 mins. Pop the carrageen into a sieve and rinse under
running cold water. Drain well. Put the carrageen, milk and vanilla
pod* in a pan, bring slowly to just below the boil and simmer for 15
minutes, stirring occasionally. Do not allow the milk to boil. Remove the vanilla pod.
In a bowl whisk the egg yolk with the syrup until it is

light and fluffy.Strain the milky carrageen through a sieve into a jug, squeezing
the carrageen fronds to extract as much gel as possible. Whisk the
milk and syrup and egg mixture together until blended. Fill the pots and refrigerate until set.
Remove the pots from the fridge to return to room temperature,
before serving